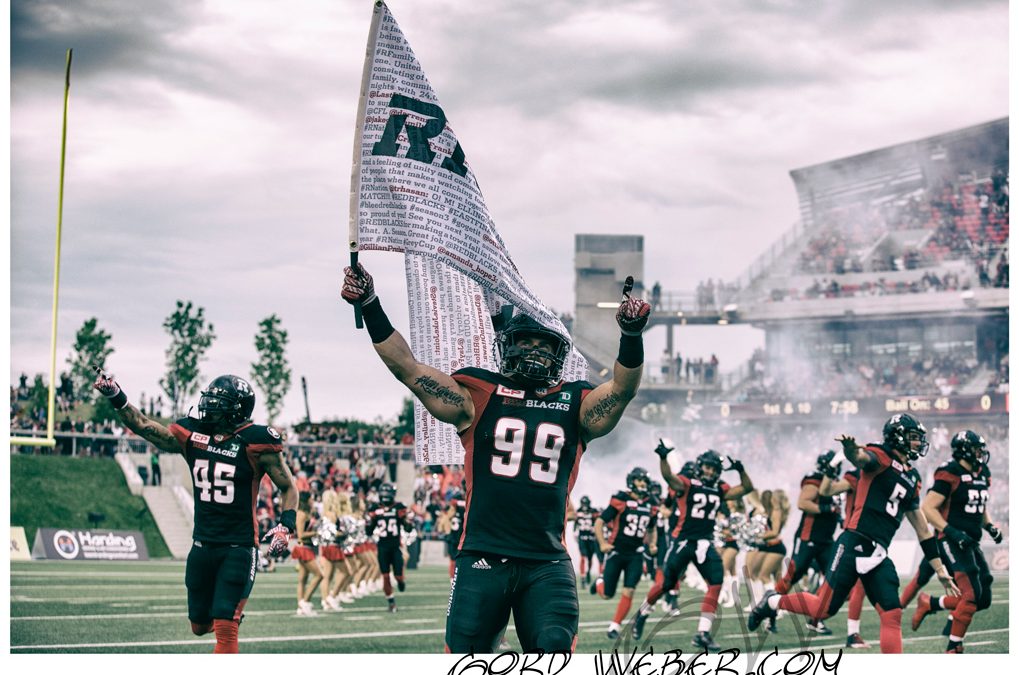 The Ottawa Redblacks and Calgary Stampeders were left with mixed emotions following a rare 26-26 tie Friday night in front of a sold out Ottawa Stadium.  This is the first tie in the CFL since 2009.  Ottawa’s Trevor Harris finished the game 39 for 50 for 396 yards and three touchdowns and one interception, while Calgary’s Bo Levi Mitchell was 29-of-43 passing for 368 yards and two touchdowns and one interception. For Ottawa by the most part the statistics looked good but it was a game of blown opportunities.  Both teams missed extra points – Nic Grigsby fumbled on Calgary’s one-yard line with 1:24 remaining in regulation.  In overtime the Redblacks’ Jermaine Robinson nearly had an interception.  Here are a few game day images.