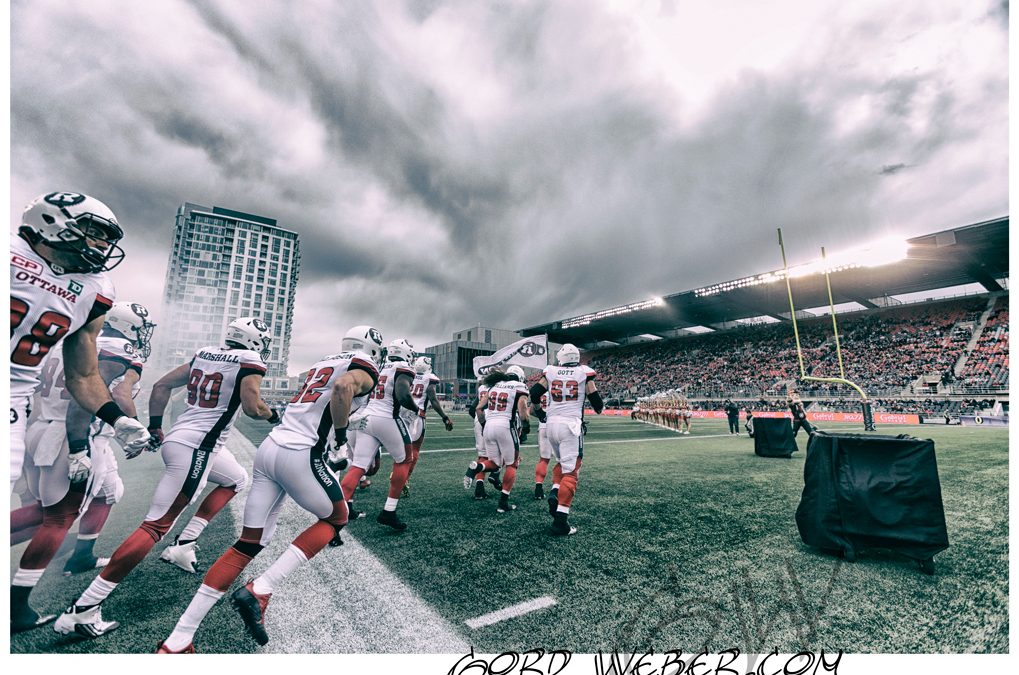 Redblacks downed the Winnipeg Blue Bombers 18-14 before an announced crowd of 17,947 at TD Place stadium.  The win proved costly for William Powell,there top running back from the 2015 season, made just two carries before he was helped off the field with an injured left leg, and he was on crutches before half-time.  Offensively at times Henry Burris looked sharp for moments, but lacked consistence throughout the game, with no help to the receivers dropping a few catch able balls.  Here are a few images from last nights action.