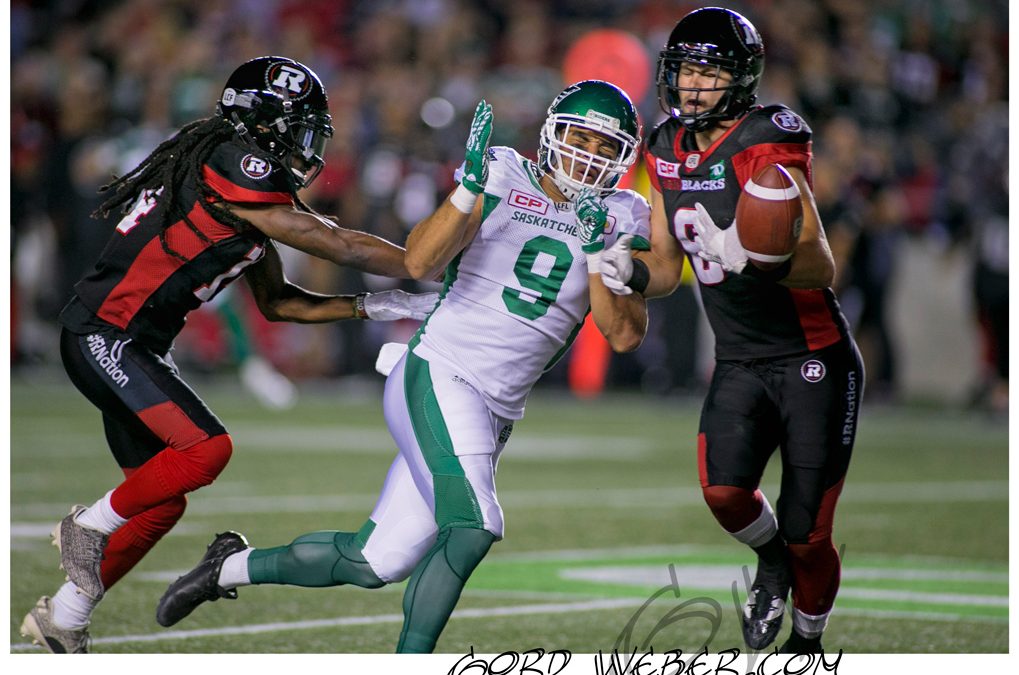 Tyler Crapigna connected on six of his seven field goal tries, including a 39-yard kick in overtime, to lead the Riders to a 32-30 win over the Ottawa REDBLACKS on Friday night in Ottawa.  The Riders forced five turnovers and chased Trevor Harris from the game, earning their third straight victory and first of the season on the road to stay alive in the playoff hunt.  Harris was removed from the game in the fourth quarter while Henry Burris quickly rallied his team back from a 15-point fourth-quarter deficit, but Rob Bagg’s touchdown grab with 48 seconds left put the Riders right back ahead.  Burris again engineered a game-tying drive while Crapigna missed a potential game-winning kick from 55 yards out — but Milo’s miss from 30 in overtime gave Crapigna a chance to atone and he did, sending the Riders to yet another walk-off win.

Here are some game day images